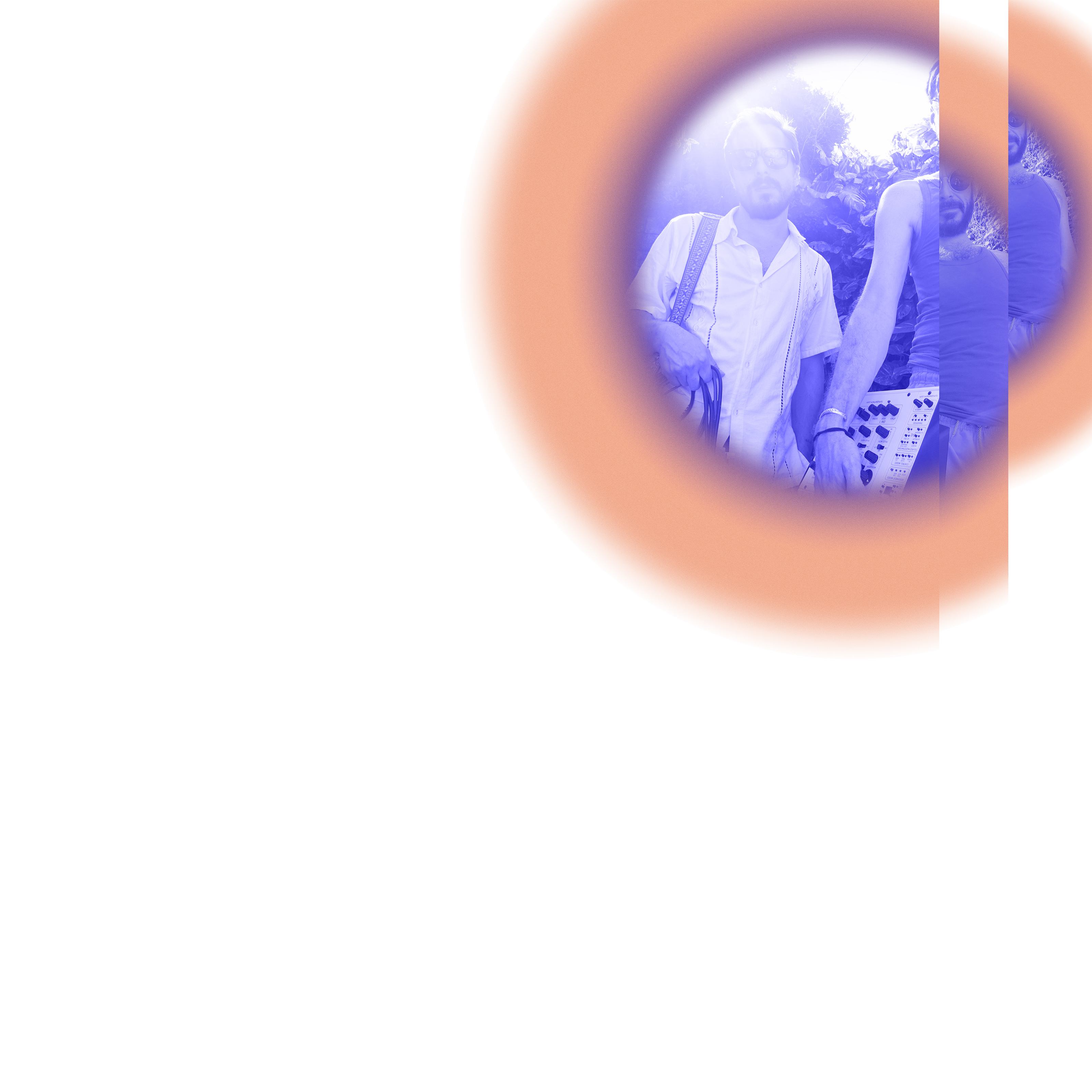 Keope is an artist collective experimenting with non-linear thoughts applied to the creative process. KEOPE is the musical brainchild of Toni Bruna and Marcus Rossknecht – two artists who have known each other since 2005, having met and created music in Santiago de Chile. Marcus was touring Latin America with his musical partner Matias Aguayo, and Toni was working with inventor Roberto Larraguibel and major Chilean artists like Lotty Rosenfeld and Demian Shopf. However, the real adventure of KEOPE only started 10 years later when Marcus travelled to Trieste / Italy in July 2015 with the aim to record an album with Toni in an abandoned quarry on the Slovenian border. The outcome “Tropicalni” seems to exist in a vacuum. Stylistically, the nine tracks here owe something to multiple genres and reference points – from folk, Balearic, psychedelic and electronica, but none really fit well. Synths drift in breezily, floating around the wistful melodies – acoustic guitars sparkle, while flutes and melodicas evoke a little south American shamanism, and the beats hint at a deeper connection to dance rituals.
This could account for the free floating, otherworldly, aesthetic – little seems to impact on the sense of freedom and exploration the two manage to conjure up from their reclusive base. Sounds are recognizable and evocative, but never worn as signposts to the mysterious pair’s backgrounds or influences. Something quite complex is carried out in a very beguiling and seemingly effortless way. The songs here seem to dematerialize into the ether, and reform in different shapes and moods elsewhere. Cut loose from any moorings and drifting under a blue sky – Tropicalni is both the journey and destination. KEOPE’s work is based on improvisation and the interplay of acoustic and electronic instruments. Spontaneity, a reduced tool-set around the electric guitar, drum machines and an analog modular-snthesizer as well as the sole communication through music between the individuals are key. KEOPE also welcomes guest singers, instrumentalists and performers from an array of styles and cultural backgrounds. To escape the constrictions of indoor recording studios and to enhance the contact with nature and the transcendent aspect of music, KEOPE create their music outdoors with a mobile recording studio set-up. Being in an open air space without the common sonic interferences, their sound became much wider, purer and more organic. For KEOPE creating music is a sacred experience in which cosmic forces are involved from stars to atomic vibrations. Making music is a unique experience which is not repeatable and a pure celebration of now. KEOPE’s recorded tracks are therefore often outtakes of live-performances or jam-sessions which capture the environment in which it is performed as well as the momentary moods of the musicians. KEOPE so far have released a 12″ EP on Frank Wiedemann’s label Bigamo as well as the debut album “Tropicalni” available as a 250-copy limited vinyl with a handmade silk-screen printed cover (all available through Muting The Noise Berlin). KEOPE have performed live-shows in London, Berlin, Paris, Oslo and opened-up for Howling at Sacred Ground festival 2017.